The Heathcote and Star Joins Bloc

The Heathcote and Star: About The Venue

The Heathcote and Star have joined Bloc, adding an excellent gastropub in Leytonstone to our growing collection of interesting and exciting venues.

We’re proud to be home to so many impressive venues for our users to attend, and this London bar and pub is an ideal place to check out.

As part of the Electric Star chain, they’ve turned the classic ‘The Heathcote Arms’ into a fancy, modern, gastropub style location. 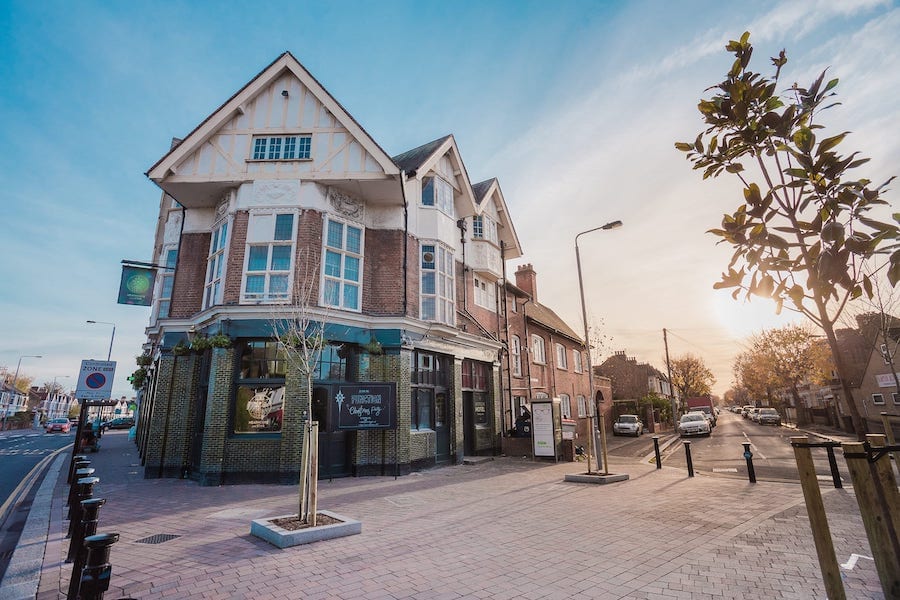 It’s got plenty of different drinks to choose from, with an extensive range of beers on tap and more in bottles.

It’s a big and immersive location, with plenty of space in its two major large rooms – the purple neon signs pointing you to either ‘Play’ and ‘Party’ rooms depending on your preference.

You can enjoy all manner of entertainment when you step through the doors of this location, it has ping pong tables, pool tables, and various other games. They’ve even got tournaments taking place here on Monday nights, if you are the competitive type.

If you’d rather watch sport than take part, then they show all the sports on their big screens. 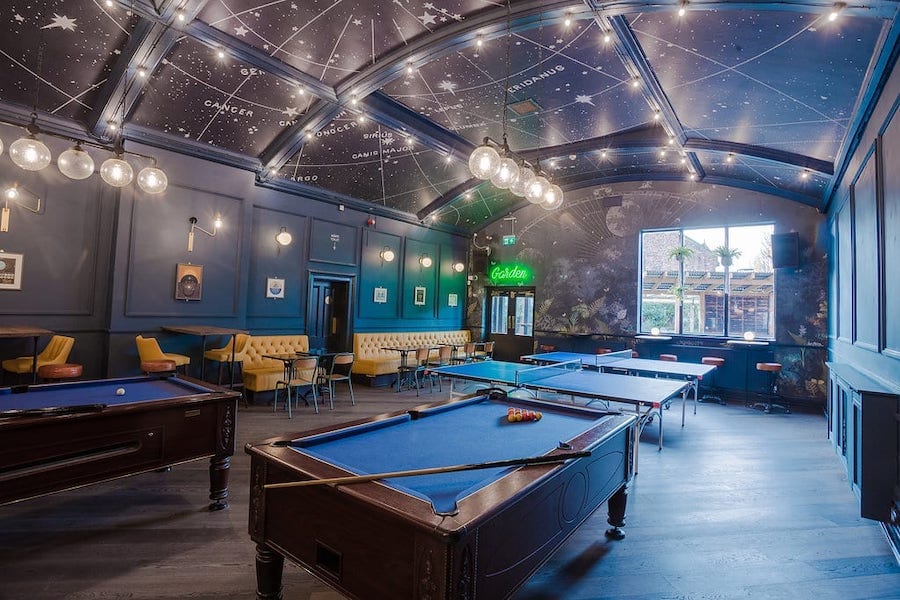 For those who like to test their brain as much as their beer, there is a pub quiz held every Thursday at 8pm. Host, James, will go through all manner of different topics, meaning that you and your designated quiz gang should have plenty of opportunity to flex your intellectual muscle and compete for a few prizes.

It’s not just a venue for drinking and entertaining; the Heathcote and Star also has a boisterous food offering. They do a Paul Human Sunday Roast, as well as various nights like Pie Night.

A diverse menu ranging from UK classics to special style offers, like burger deals, ensures you can find plenty of lining for what is sure to be an exciting night. Open from 4pm-12am on weeknights and 10am/12pm-1am on a Friday/Saturday, you can make sure you can fit in plenty of hours of fun at this venue.

Whether you like jazz music, a bit of pool, some sports, or just a few new beers to try out from brands you might normally miss out on, The Heathcote and Star is a fine starting point – or anchor point – for any night out whether it’s a ‘manic Monday’ or a ‘Frantic Friday’.

Bloc users can earn up to £250 a month by collecting Bloc’s in-app currency, stars.

The stars can be earned in different ways but one way is by checking in and attending venues. If a user checks in and attends ‘The Heathcote and Star’ they earn 6 ⭐ (Bloc uses geo-location to know if they have or not).

Once a user reaches certain milestones they can exchange the stars for real money. For example, 1000 ⭐ can be exchanged for £250. Here’s how the rewards are broken down:

Checking in to venues isn’t the only way to earn stars with Bloc.

Stars can also be earned by inviting friends to join Bloc (10 ⭐ for every friend), following Bloc’s Instagram (1 ⭐) and by favouriting other users (1 ⭐).

Favouriting another user increases the chance of a connection being made so users can chat on Bloc before they go.

Users can check-in to The Heathcote and Star on Bloc by tapping ‘Check-in’ in the tab bar, via their advert, via the map or venues list.

How The Heathcote and Star Is Using Bloc Advertising

The Heathcote and Star is a featured venue on Bloc and is therefore placed in 4 different placements to increase their check-ins in the app. Bloc is the only pay-per-result advertising platform that works using geo-location. So a venue is only charged if someone actually attends their venue, making it risk-free and budget friendly.

Newsfeed Ad: this is displayed to every Bloc user within a 10 mile radius of the venue, in their newsfeeds. Users can check-in directly via this ad and is a great way to showcase a venue with location based advertising.

Stardom: The Heathcote and Star displays as a featured venue on our interactive map with a star instead of our Bloc logo. This differentiates it from the competition in a highly competitive area. This increases clicks to their venue by over 50%.

Top of Events: When a user searches for venues to check-in to on a specific date, The Heathcote and Star appears at the top of the events list. Venues featured at the top get clicked on first, which is an advantage over the local competition.

100 Yard Notification: when a user comes within 100 yards of The Heathcote and Star, a notification is sent to that user enticing them inside. This is powerful location based advertising that can draw people to the venue from the streets or other venues.

If you are a venue owner or advertiser you can learn more about Bloc advertising at https://business.getonbloc.com. New advertisers get £150 free credit to trial the service which they can cancel at anytime.

Bloc is the only pay-per-result advertising platform that uses geo-location. An advertiser only pays £2 (inc. VAT) per check-in, if the user actually attends, so it’s risk-free. With the free trial a new venue can get 75 customers for free.

You can learn more about The Heathcote and Star by visiting their website https://heathcoteandstar.co.uk/. 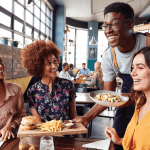 35 Restaurant Marketing Ideas: How to Market a RestaurantBloc 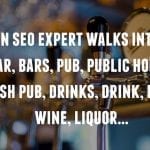 50 Bar Marketing Ideas: How to Market a BarBloc