Social media marketing for nightclubs: how to capitalise on the UK’s declining industry 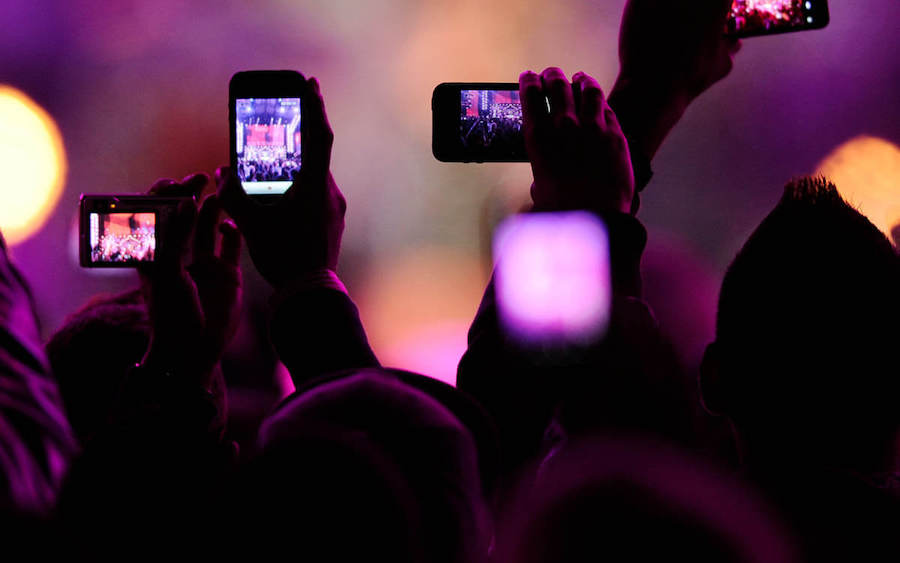 The importance of social media marketing for nightclubs isn’t a new topic.

But as UK nightclubs have been suffering in the past decade as the younger generation continues to seek less indulgent pursuits, this importance has multiplied.

In recent years, games, food and even gyms have become more popular than hitting the dancefloor and an estimated £200m has been wiped off the value of the UK nightclub scene.

Let’s take a look at London, for example. According to Quora, there are now just 337 nightclubs to choose from in the nation’s capital. You’ve probably heard of Ministry of Sound, Fabric and Egg, but have you ever been to any of them?

Pubs are staying open later, street food markets are popping up everywhere and the mini golf craze is taking over (if you haven’t been to Swingers, check it out). There’s even the “wildest plant-based party” in east London, apparently.

Now, if you’re arriving at this blog post as a panic-stricken nightclub owner, you might be wondering why we’re telling you all this. Yes, the nightclub industry is declining. Yes, humans are living a healthier lifestyle in 2020, but have you ever considered that with less competition in the market your potential for growth could be better than ever?

Here at Bloc we believe that’s the case and to help you out, we’re going to run you through the top social media marketing strategies for nightclubs and prove that you can succeed where others have failed.

Click on one of the topic headings below to jump ahead or follow us through the steps one-by-one.


1. What is social media marketing?

First up, the basics. Social media marketing is the use of various social platforms – Facebook, Snapchat and Instagram, for example – to promote a particular product or service.

The aim of social media marketing is to establish a ‘following’ on these social platforms in order to gain traffic or attention to your product or service. In this instance, your nightclub.

The good news is that many people use social platforms for networking and discovery. We all want to meet new, like-minded individuals and we also want to find new places to visit. Ultimately, this is at the very core of Bloc’s philosophy, but we’ll cover that in more detail later.

For now, you just need to know that social media marketing is a great way to promote your nightclub and the upcoming events that you’ll be hosting. If you like what you hear so far, move on to the next section below.

2. Keep up with the trends?

So now you know what social media is, it’s time to get started.

Each of these platforms warrant their own section, which we’ve dedicated below, but at this stage it’s worth ensuring your nightclub is listed on all four so you’re good to go. 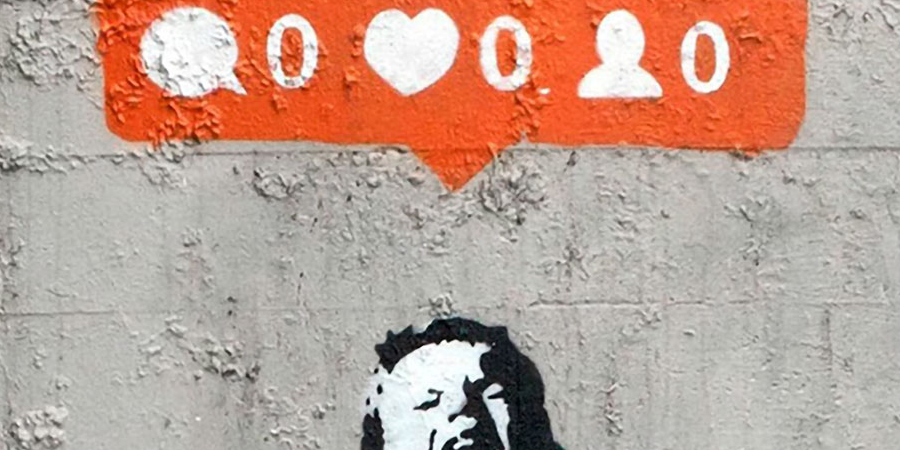 Don’t expect results to happen overnight. Using Facebook and Twitter to promote your nightclub is pretty old news, everyone is already doing it. In order to stand out from the crowd, you need to know what’s popular or ‘trending’ and take advantage of it.

That’s why Instagram and Snapchat are better mediums for nightclubs. You can upload photos, videos and share deals in bite-size, consumable portions. This is what the younger audience is after.

Let’s take a look at all four of these social media platforms in more detail below.

It would be fair to say that Facebook is one of the most popular sites on the internet. They now have 2.2 billion users worldwide.

And that’s what’s made it such a powerful tool for nightclub owners over the years.

Once your venue page is up and running, it’s time to start thinking about generating an audience and creating your own events.

Creating an event on Facebook allows you to generate an online audience and then encourage them to then come down and visit your venue in person.

Simply put, the more people you have checking in to an event, the more likely it is that people will attend. It’s social proofing at its finest, we all want to attend the coolest events where the most people are going. Nobody wants to attend an event that has no interest and end up being the only person in the room.

Inside your Facebook event is where you should host your most engaging content. Giving your audience a snapshot of what they can expect is a great way to generate hype. 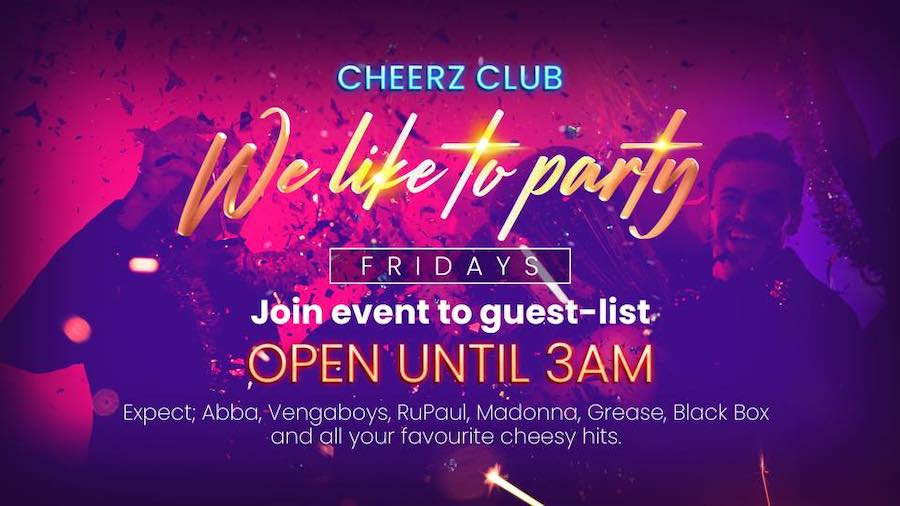 If you need a little bit of help to begin generating your audience you can use Facebook’s advertising platform to promote your event to your chosen demographics. This will come at a premium cost but don’t worry too much because you only pay for the results you get.

But this is where the issue lies. Of those 2.2 billion people using Facebook, can we honestly say they’re interested in the events? How many of those users check their event invites or search for new ones to attend?

According to Business Insider, not many. In fact, the results are so negligible that they’re not even covered in their breakdown.

What we do know is that sharing photos, interacting via Facebook Messenger and staying in touch with friends and family via posts and likes are the main motivations for using the platform.

Hammering users with event invites might not be the best use of your time (and money). Trial and error testing will go a long way.

Social media marketing for nightclubs wouldn’t be complete without Twitter. It’s simple and effective and we don’t need to go into too much detail because, quite honestly, there isn’t much to it.

Twitter has been around for a long time now and it gives businesses the chance to interact on a human level.

You can develop a tone of voice, be informal and share the content you know your audience will love.

Let’s take a look at the Twitter accounts of the three nightclubs we highlighted earlier and see what they’ve been posting.

As you can see, common themes arise. Nightclubs can use Twitter to interact with their party-goers. They’re sharing the playlists they can expect on the night, selling tickets and making users aware of events on the horizon.

This can be done for free, quickly and easily. So it’s a no brainer for venues.

With 150 million users and more than 5 million photos shared every day, Instagram is a platform you simply have to be using.

There are three simple methods for Insta-based success:

First and foremost, you want to show-off your nightclub. You’ve spent thousands of pounds making it look the part and now is your chance to give the world an insight.

Here are some ideas to get you started:

You can then search for popular and trending hashtags (or create your own), and use them in your content. 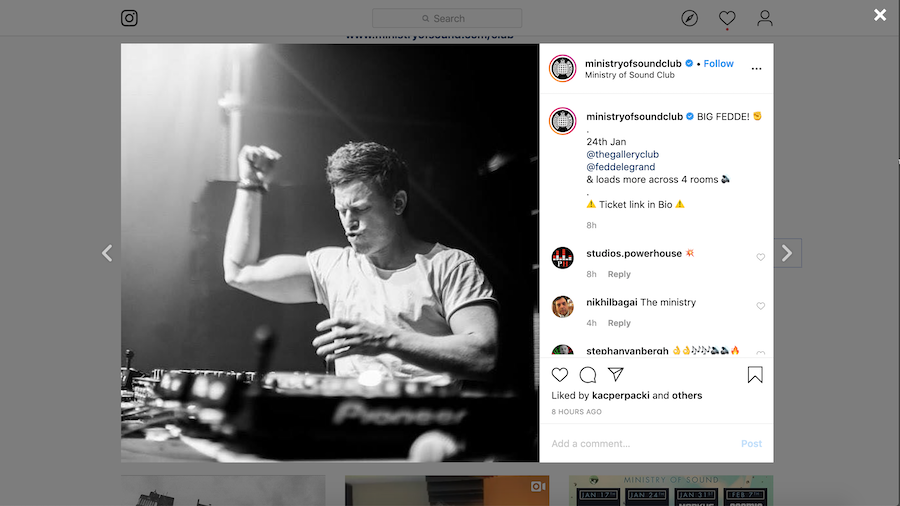 Stories are only available for 24 hours from the time of posting, which makes them very much an “in the moment” style of publishing.

So, as a nightclub owner, you’ll want to depict a story of your night as it unfolds. This does multiple things. Firstly, it allows the people that attended your event to relive the night the following morning. Secondly, and arguably more importantly, it shows the individuals who decided not to attend your event what they missed out on. Finally, it keeps your nightclub relevant – the more eyes you put your story in front of, the more likely it is that your name will be remembered.

Snapchat has been around since 2011 and has been growing like crazy ever since.

And 2019 was the year it went really, really mainstream. Even the White House has started using it!

But political gain aside, are you on Snapchat as a nightclub? If not, you’re missing out.

The old school way of using Snapchat was to send out snaps directly to your followers, but now you can use Snapchat Stories. These ultimately work the same as Instagram Stories, after all, Zuckerburg only steals from the best! 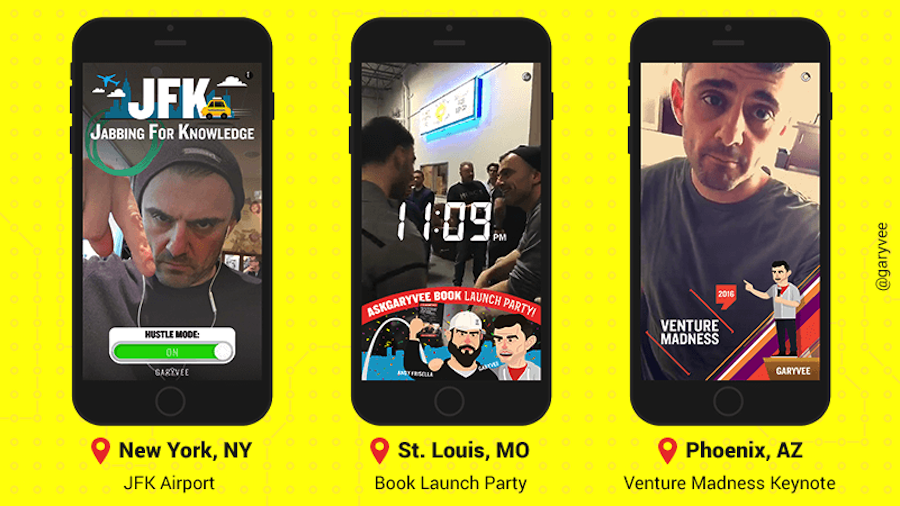 Jokes aside, the reason Snapchat is so successful is because, like or lump it, humans have minimal attention spans. People follow hundreds of different accounts and you only get a microsecond of their interest to give them something meaningful.

This isn’t easily done, so make sure you stand out with original and creative content. Going behind the scenes is one method that has proved popular time and time again. Why not show your audience a snap of the DJ setting up or the kegs being unloaded for the night ahead?

A newcomer to social media marketing for nightclubs is TikTok.

TikTok is the latest craze in America, having made its way over from China. It’s now landed on European soil and started picking up the pace towards the end of 2019.

TikTok allows you to create video loops up to 60 seconds long and set them to a wide selection of compelling music tracks and an array of filters and effects. 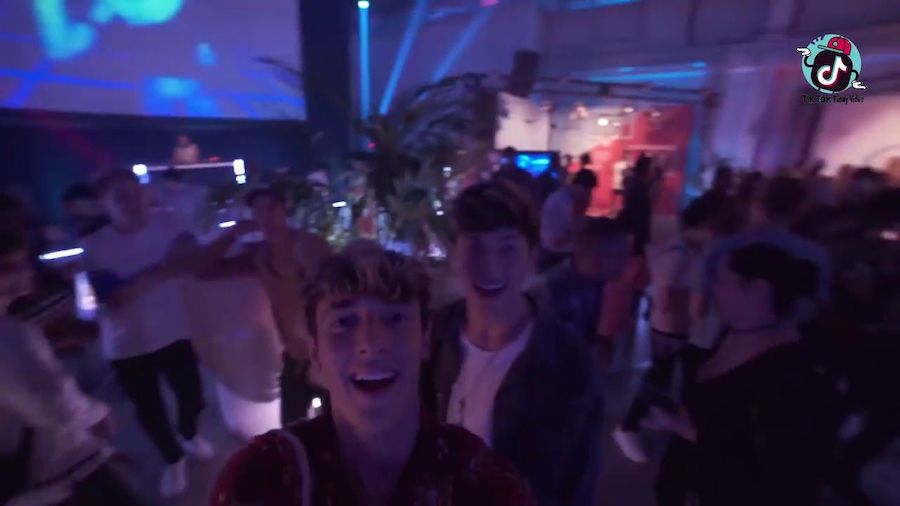 And apparently, it’s easier to go viral on TikTok than any other platform. 41% of the platform’s users are aged between 18 and 24: the exact target market for nightclubs.

Get yourself ahead of the game and be one of the first nightclubs to use the platform efficiently.

Each of them have their own benefits, sure, but did you know there’s a platform out there that’s hand-picked the best bits from these five and incorporated them into one, genius marketing tool for nightclubs?

If you haven’t done so already, now is the time to start advertising your nightclub on Bloc.

An advertisement on Bloc promotes your nightclub (and event) to an audience that wants to see it. Bloc’s users are highly-engaged nightclub-goers from across the UK.

Putting your nightclub in their stride is going to guarantee more customers through the door.

What’s more, you can host photos and videos on Bloc too. If you’ve spent time and money creating a work of art, make sure it’s shared with as many people as possible.

It’s a no brainer. We’re so confident that you’ll love Bloc as much as we do that we’re offering all nightclub owners £150 worth of free credit – the equivalent of 75 customers attending your venue.

Read about the additional benefits of Bloc and get your nightclub listed today.

DO YOU WANT MORE CUSTOMERS ATTENDING YOUR VENUE? 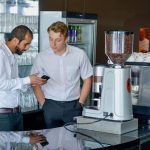 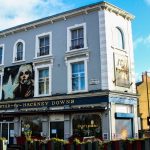 The Star by Hackney Downs in London Joins BlocVenues