Juju Chelsea is a high-end cocktail bar and nightclub situated on the King’s Road in Chelsea. It’s won awards, it’s upscale and Bloc’s users are checking in. Juju Chelsea exemplifies glamour and it’s positioned itself as one of the best nightclubs in the SW area. Designed by Martin Brudnizki it’s sophistication is obvious from the moment you walk in.

JuJu offers food and drink but the highlight of their offering is their cocktails. Recently awarded you shouldn’t go there without trying their signature ‘Midnight in JuJu’. There are also lots of champagne based cocktails for those who are celebrating. The party goes on ’til late and VIP packages are available. 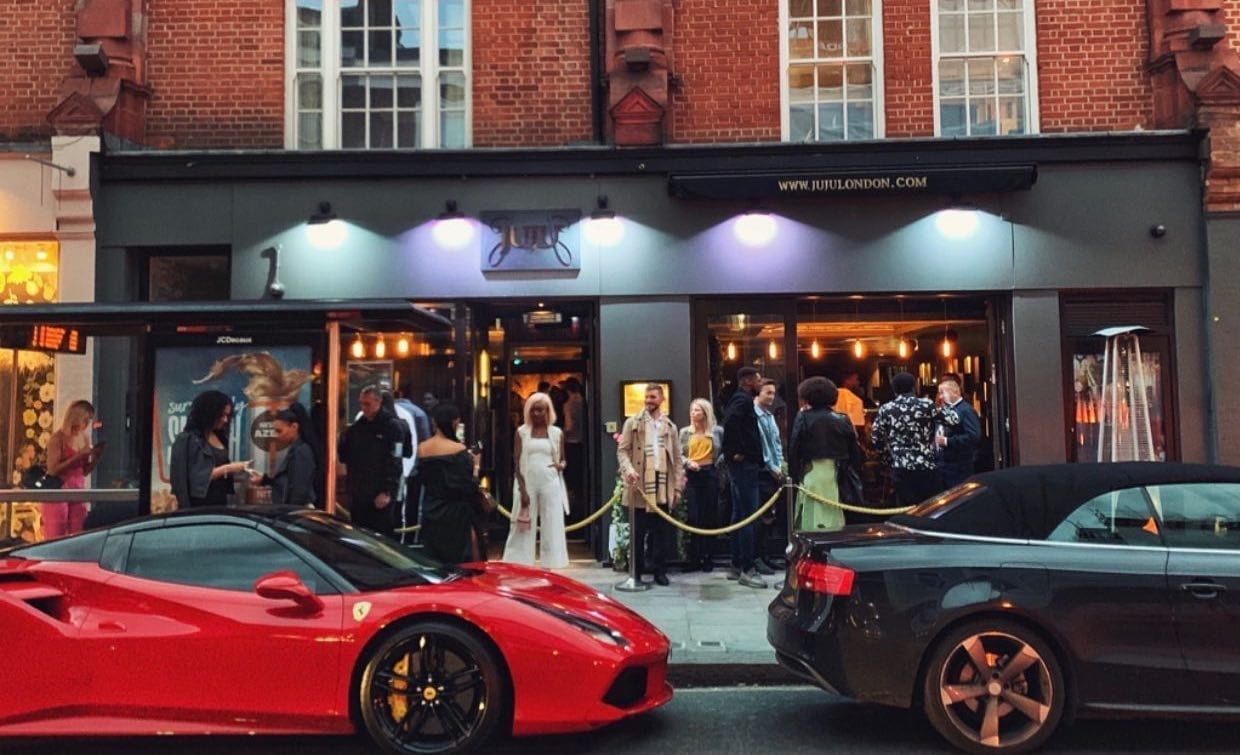 JuJu Chelsea – About The Venue

The interior of this well placed cocktail bar and nightclub on the King’s Road is incredibly plush. There are leather-seated booths and a reflective ceiling. Juju Chelsea never spare any expense on the DJs so the music is likely to get you moving until the early hours.

The crowd is what you would expect in this affluent area, drawing in the rich and beautiful as well as celebrities.

JuJu Chelsea is open Tues-Thurs (until 1.30am) and Fri-Sat (until 2.30am). It’s late closing time on the weekend means this is a go to spot for those looking to party. JuJu can also be hired out for private functions and is the perfect place to impress. 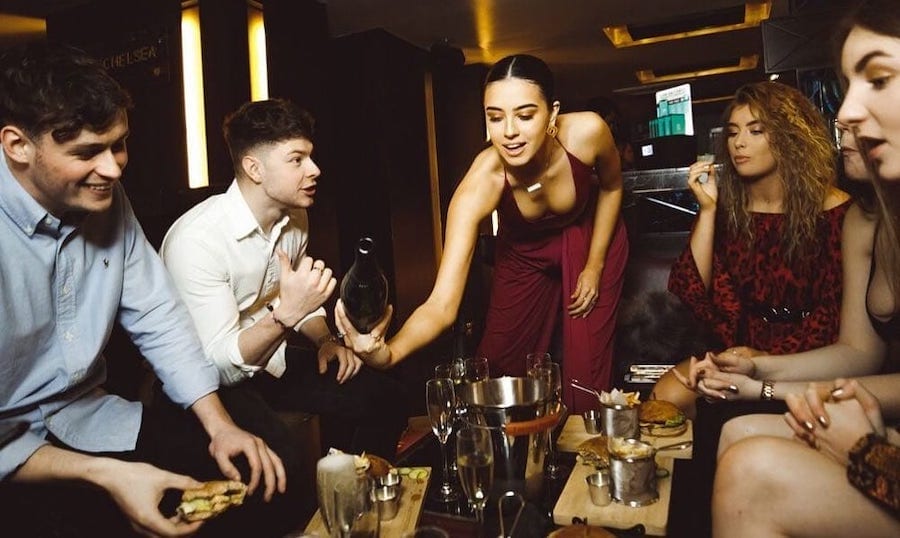 If you’re after a high-end nightclub in the SW area then look no further than JuJu. It’s well worth the cash.

How JuJu Chelsea Is Using Bloc

Bloc has thousands of users in the South and West of London and JuJu are raising awareness of their venue on Bloc. JuJu Chelsea is the perfect venue where Bloc users can check-in and connect with other people that are going.

By advertising on Bloc JuJu is able to increase the number of check-ins they get which can cause a snowball effect. As the more people that are checked into one venue the more likely people will connect and attend.

If a user connects with another and talks inside Bloc, they are far more likely to attend and also bring their friends. It also adds to the experience of the night and is great for word of mouth marketing. 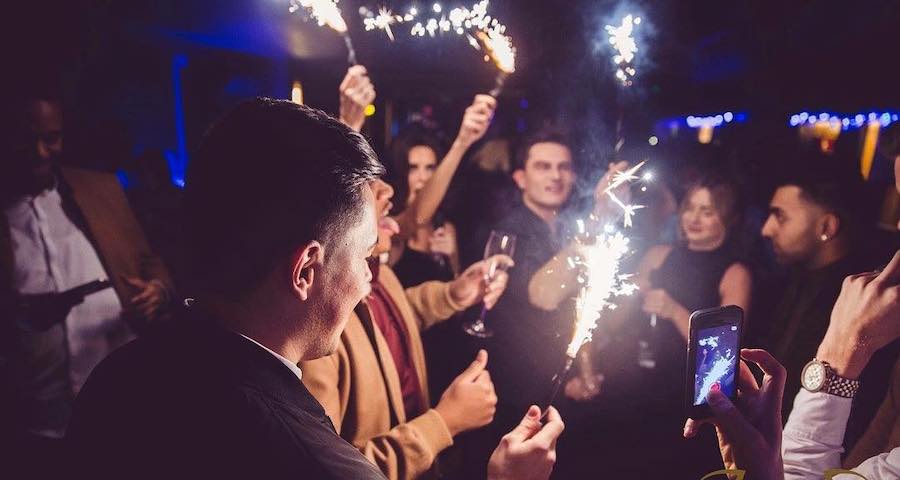 JuJu Chelsea only pays £2 (inc VAT) if a user checks in and attends their venue. We use geo-location technology to know whether a user has actually attended or not. It’s risk free and with JuJu’s average customer spend (being quite high), they make a profit on every single customer we bring them. 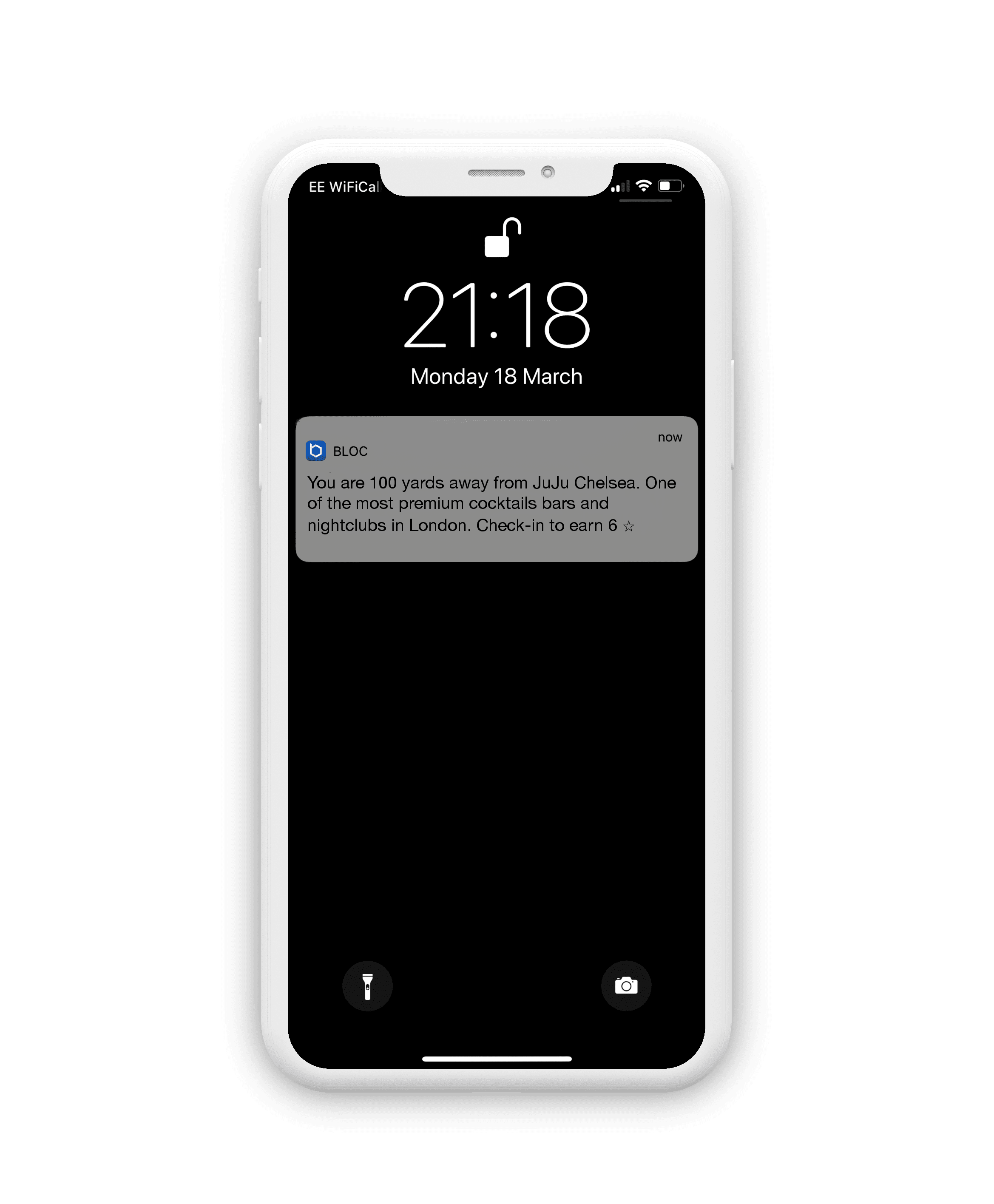 As well as their newsfeed ad, JuJu Chelsea’s logo on our interactive map changes to a star and they are pushed to the top of venues users can search for in the area. This increases the number of check-ins compared to their competition in the area.

If a user comes within 100 yards of JuJu’s (and a lot do due to their location on the King’s Road) they are sent a notification. This prompts a user to know there is a venue near them where they can earn 6 ⭐ instead of 3.

You can learn more about JuJu Chelsea by visiting their website https://www.jujulondon.com/ or by checking out their Instagram @jujuchelsea. 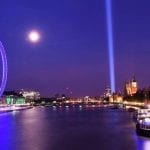 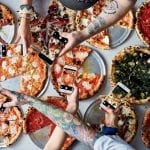